When Vancouver, British Columbia’s Nathen Aswell talks about his debut CD “Little by Little” one can’t help but think that he’s talking about a journey. In the liner notes, he writes about the journey of making the 13 tracks that make up the CD. The cover shot features a path through the woods, no doubt taken on one of those crisp fall days that the West Coast of Canada is famous for. And the songs themselves reflect a multi-faceted journey: a musical quest and a personal one.
I first met Nathen at the (Chapman) Stick seminar he hosted in Vancouver back in the mid-90s. At the time he was playing Stick. Since then, he has moved to NS Stick, yet another journey. On NS Stick, as this CD shows, Nathen has found his instrumental voice. Originally a bass player, the bass grooves on “Little by Little” are tight, solid, and crisp, with no shortage of pop-funk feel. The NS Stick chords and melodic accompaniments are likewise crisp and can’t help but reflect the influence of another wonderful NS Stick player: Don Schiff.
Nathen’s musical voice is strong – think of well crafted, Police inspired pop rock tunes – but the real highlight is Nathen’s actual voice. This guy can sing! Open, honest, real, enveloping, you can hear all this and more the instant Nathen’s vocals start. The lyrics are coming from a deeper place and it is as if Nathen has found a way into that deeper place and effortlessly lets those words launch themselves, with passion and commitment, out into the world. Of course the amount of effort it takes to sound effortless is obvious, but since the art is to conceal the art, then Nathen’s singing can only be described as masterful.
Two songs stand out for me. The title track, “Little By Little” has gotten into my head, and pleasantly doesn’t seem to want to get out, and his voice on “Psalm 96” is simply too much to try and define in these words.
I keep going back to the idea of “Little by Little” as the reflection and representation of a journey. It sounds like Nathen’s journey towards music and personal discovery, or perhaps little snapshots taken along the way.
Either way, many thanks to Nathen for sharing both the road and some of his stops along the road with me. If you’re looking for some inspirational, self-affirming music to accompany you on your journeys, I invite you to check out Nathen’s music too. 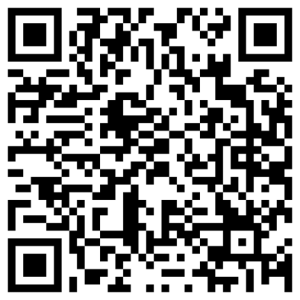